The Seven Prefectures of Kansai

A quick look at the Kansai region

Combining an aristocratic pedigree with spiritual longing and a thirst for modern living is no easy task, yet the Kansai region of Japan manages to do it. Its seven prefectures are home to some of the country's most iconic and popular destinations each with decidedly memorable personalities. Internationally recognised temples and shrines work within a beautiful nature and unique local cultures in a way that is open to the world. Here is a simple guide to each of the seven prefectures of Kansai.

Hyogo Prefecture is a hub of cosmopolitan culture, business and history. Its major port, Kobe, fuses together Japanese and international modernity with a renowned Chinatown and the Meiji era Western-style homes of Kitano . Arima Onsen is world class, the lavish all-female Takarazuka Theatre jostles for attention with the World Heritage-listed Himeji Castle and mountainside ruins of Takeda Castle, while Mt. Maya's Kikuseidai sits as one of the top three night views in the country.

Hyogo is connected to Tokyo via the JR Tokaido Shinkansen to Shin-Osaka and from there the JR Sanyo Shinkansen.

Japan's capital for over one thousand years, the city prefecture of Kyoto is an endless discovery of high-end culture, sophisticated craftsmanship and aristocratic heritage. Fushimi Inari Shrine, Kiyomizu-dera and Kinkaku-ji are only a small fraction of Kyoto's world recognised sites with even its kaiseki cuisine UNESCO-listed. Drawn together through a subtle sense of beauty is the pine-covered sandbar of Amanohashidate, one of Japan's three scenic views, and the surreal exoticism of the geisha district, Gion.

Kyoto is connected to Tokyo via the JR Tokaido Shinkansen as well Haneda and Narita Airports.

With its long coastline and rugged mountain interior, Mie Prefecture is a natural location for Japan's holiest Shinto site, Ise-jingu Shrine. The prefecture's spiritual heritage, confirmed with the World Heritage-listed Kumano Kodo pilgrimage site, is balanced with its history in war through the impressive Iga Ueno castle and the clandestine art of the ninja that found its fame in the mountains here. Mie's Matsusaka beef is one of the nation's top three brands while the Ama diving culture is an extraordinary local legacy.

Mie is connected to Tokyo via JR Tokaido Shinkansen to Nagoya and from there the Kintetsu Limited Express.

If any place in Japan has history, it is Nara Prefecture. The nation's first real capital, Nara has the most UNESCO World Heritage-listed sites in the country. Todai-ji Temple is home to the world's largest bronze Buddha statue, Horyu-ji Temple is the world's oldest wooden building while the deer's of Nara Park share their home with the incredible Kasuga Taisha shrine. Along with history lies the stunningly beautiful foliage of Mt. Yoshino.

Nara is connected to Tokyo via the JR Tokaido Shinkansen to Kyoto and then from there the JR Nara Rapid Line.

With a personality matched only by its energy, the metropolitan prefecture of Osaka is Japan's home of comedy, street food and nightlife. Even with the historical landmark of Osaka Castle and the ever popular Universal Studios, the city-prefecture thrives on modernity and in-the-moment living. Its Dotonbori district is an iconic location for Japan's best street food while Namba has some of the liveliest nightlife in the nation.

Osaka is connected to Tokyo via the JR Tokaido Shinkansen.

The land of postcard views, over a third of Shiga Prefecture is listed as a Natural Park. Its Lake Biwa is the largest lake in Japan and features prominently in classical literature. This literary heritage extends to Otsu's Ishiyama Temple where it is believed that the world's first novel, The Tale of Genji, was written. Shiga's comfortably rural ambience is also home to the UNESCO recognised Enryaku-ji Temple, the National Treasure that is Hikone Castle and the stealthy Ninja Village of Koka city.

Shiga is connected to Tokyo via the JR Tokaido Shinkansen.

The spiritual heart of the nation, Wakayama Prefecture is home to Mount Koya, one Japan's most sacred sites as well as the UNESCO-recognised Kumano Kodo pilgrimage trail. The Three Grand Shrines of Kumano Sanzan beat with spiritual authenticity while the largest cemetery in the country, Okuno-in, is the great monk Kukai's final resting place. The 'Land of the Gods,' it may be but Wakayama is also home to the gorgeous Shirahama Beach, and the traditional lacquer craft of Kuroe Town.

Wakayama is connected to Tokyo via the JR Tokaido Shinkansen to Shin-Osaka and from there the JR West Hanwa Line. 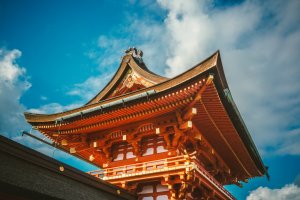 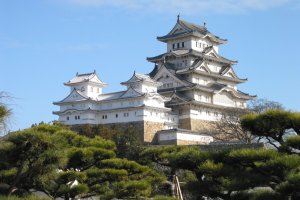 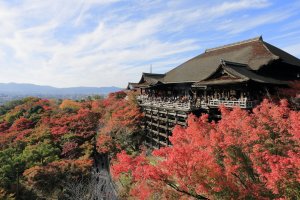 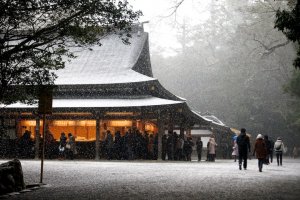 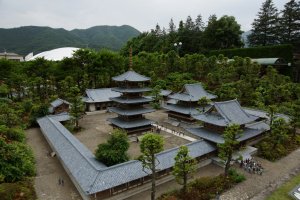 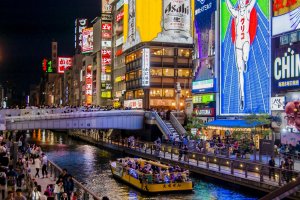 Novia Mardasari 5 months ago
I like see your pict with different season.
Kiyomizu-dera is one of recommended place to visit in Autumn but will be full of people there.
Reply Show all 1 replies

Sleiman Azizi Author 5 months ago
It can be a pretty busy place and as beautiful as it is, there are actually plenty of other places that won't disappoint - but without the crowds.
Reply

Elizabeth S 9 months ago
I have a soft spot for Osaka. It's not the place as much as the people. I've never felt to welcome in a big city. And they know how to eat!
Reply Show all 1 replies

Sander van Werkhoven 9 months ago
Considering how many times I've been in Kansai, it's a bit surprising to see how few places I've actually been. Sure, I've been several times in Kyoto, Osaka and Nara, and I've visited Kobe, Himeji, Takarazuka, Hikone and Nagahama, but that's pretty much it. I've hardly seen anything outside of the cities, and have never even been to Wakayama and Mie prefectures at all.

That said, a few of my most memorable experiences in Japan have been in this area. My first (and so far only) baseball match ever was the Hanshin Tigers at Koshien, with the most wonderful atmosphere you could imagine, even long after the match was over: https://www.youtube.com/watch?v=puozL7OfXDY

And while the castle in Hikone was impressive, what I'll remember even more was trying funazushi. Which, to my own surprise, I did quite like!
Reply Show all 2 replies

Sleiman Azizi Author 9 months ago
I've a bit of a fascination with funazushi at the moment. Would love to read more about your experience with it.
Reply

Sander van Werkhoven 9 months ago
I don't think I can tell enough about it to make it into an article, but thanks to Google Maps I did manage to find the shop I went: https://www.ayukimura.co.jp/kyobashi/

It was just a few slices of funazushi with a bit of the rice, but it felt like a meal. The taste? It reminded me of cheese. Extremely strong cheese. Something in between Roquefort and a strongly aged Gouda, but then on steroids. Therefore you don't scarf it down, even just a small bite has such an overwhelming flavor. I often see it being referred to as "stinky sushi", but I don't recall it being very smelly. But it's been 4 years ago so maybe that's just my memory failing me.....

If you're in the area, definitely give it a try!
Reply
7 comments in total
Back to Contents