The Five Prefectures of Chugoku

A quick look at the Chugoku region

At the westernmost point of Japan's main island lies Chugoku, an unheralded region made up of turbulent histories and an exotically feudal heritage. Its five prefectures are anchored in the public mind by Hiroshima and its atomic tragedy but the other four prefectures, if not as well known, are by no means any less impressive. The region is replete with warrior castles, idyllic islands, ancient religious sites as well as some of Japan's most unexpectedly scenic locations. Here is a simple guide to each of the five prefectures of Chugoku.

Tragically inspirational, a visit to Genbaku Dome and the Hiroshima Peace Memorial Museum is a human obligation in Hiroshima Prefecture. Yet even with a modern history defined by atomic horror, the prefecture's beauty has never been more impressive. The boutique beauty of the many islands of its Seto Inland Sea, the holy island of Miyajima with its World Heritage Itsukushima Shrine and floating torii gate, and the nationally recognised Fukuyama Castle all make the prefecture a pleasure to experience.

Hiroshima is connected to Tokyo via the JR Tokaido-Sanyo Shinkansen as well as Haneda and Narita Airports.

Historical heritage is a source of pride for Okayama Prefecture. Kurashiki features canals lined with Edo period merchant buildings as well as the Ohara Museum of Art, Japan's first Western art museum. The town of Bizen boasts the 17th-century Shizutani School, the nation's original site for public education while original Bitchu Matsuyama Castle, sitting higher above the sea than any other, is a stark contrast to the imposing bulk of the black Okayama Castle. And then, there is Koraku-en, one of Japan's three great landscapes.

Okayama is connected to Tokyo via the JR Tokaido-Sanyo Shinkansen as well as Haneda and Narita Airports.

The mythological birthplace of Japan, Shimane Prefecture sits along the Sea of Japan in stark contrast to the hustle and bustle of Japan's megalopolis image. Its Oki Islands may well be the nation's most underrated scenic spot while dreamlike Lake Shinji is home to one of Japan's twelve remaining original castles in Matsue Castle and its surrounding Edo-period district. The feudal silver mines of Iwami Ginzan are an Edo period curiosity while magnificent Izumo Taisha represents Japan's earliest Shinto spiritual heritage.

Shimane is connected to Tokyo via the JR Tokaido-Sanyo Shinkansen to Okayama and from there the JR Yakumo Limited Express.

Made famous by its non-desert sand dunes that stretch for over 30km, Tottori Prefecture styles itself as the manga comic capital of the country. Beyond its modern comic culture, though, Tottori is home to some unexpectedly extraordinary sites. Mt. Daisen is almost Fuji-like in its beauty while on the cliff face of Mt. Mitoku, a mountain sacred to Shugendo followers, is the precariously located Nageire-do, a temple sometimes called the country's most dangerous national treasure.

Tottori is connected to Tokyo via the JR Tokaido Shinkansen to Shin-Osaka and from there the Limited Express Super Hakuto.

Ruriko-ji Temple and Tsunoshima Island may be beautiful and Kintai Bridge, one of Japan's most scenic, but Yamaguchi Prefecture has a bona fide warrior heritage. It is home to locations like Shimonoseki and the Kannon Strait, sites of major battles, and Ganryujima Island, where Miyamoto Musashi and Sasaki Kojiro fought their famous final duel. Once a powerful samurai domain that helped end the Tokugawa Shogunate, the castle town of Hagi includes the ruins of Hagi Castle.

Yamaguchi is connected to Tokyo via the JR Tokaido-Sanyo Shinkansen. 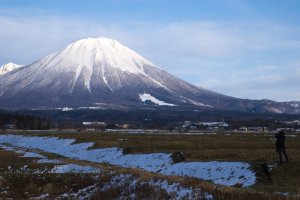 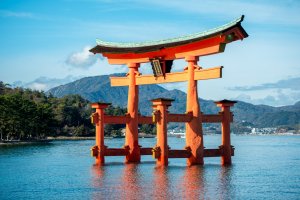 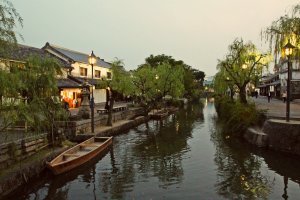 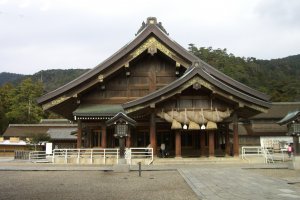 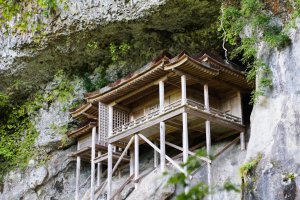 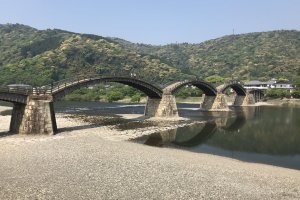 Kim a year ago
Shimane is up there with my most-loved prefectures. Loved it when I visited!
Reply Show all 1 replies

Sleiman Azizi Author a year ago
A lot of interesting histories here.
Reply

Sander van Werkhoven a year ago
This is still one area to discover for me. Yes, I've been a few times to Hiroshima and Miyayima, I've been to Okayama, Kurashiki and Shimonoseki, but that was many years ago and I haven't seen anything besides those few places.
.
I had planned a trip mostly in this area for this spring, during which I would have visited Kure, Fukuyama, again Kurashiki, Matsue and Izumo and Sakaiminato. But then corona happened....
Reply Show all 1 replies

Sleiman Azizi Author a year ago
Damned corona...
Reply
6 comments in total
Back to Contents